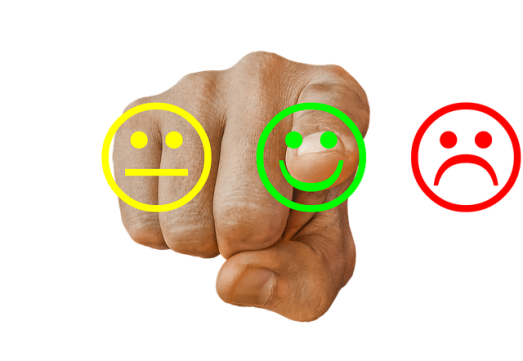 Much has been written over the years about the destructive effects of the traditional performance rating systems used by so many organizations. It’s a process that most people do not like but nevertheless continues to be an important part of the HR systems of many organizations. In a study conducted by CEB Global (now Gartner), 21% of nearly 300 companies surveyed worldwide have dropped or are planning to drop the practice of assigning performance ratings to employees. If this is representative of business in general, it means a vast majority of companies still use ratings.

The idea of eliminating ratings has gained increased attention in recent years but many appear to be apprehensive of dropping the process because they don’t know what to do instead to provide feedback to improve performance. According to the CEB Global study, though, employee performance has actually dropped in those companies that have eliminated ratings. My fear with reporting study results like this is that people – especially those who favor rating employees – will see it as proof that the process needs to continue. Upon further reading, however, it is noted that it is management practices and leadership skills that cause the problem, not the elimination of the ratings process itself.

There are many compelling reasons to eliminate performance ratings that greatly outweigh any that seem to support continuing the practice. The reasons are not new but, as long as they continue to be ignored, each significantly interferes with transformation and sustained levels of improvement. Like any process or system, we should never look at the performance rating system in isolation of organizational performance. Too many managers look at the performance review process as if it has value by itself and keep it disconnected from where the organization is going or what it is trying to accomplish.

There are several problems with assigning ratings to people that hurt, rather than help, performance. These problems have been discussed and written about for many years but, due to the continued popularity of attempting to rate individual performance, need to be revisited every now and then.

FIND THE CAUSE AND FIX THE ISSUE

The CEB report, along with several other studies on rating systems and performance in general, point to leadership issues as the main cause of performance problems. When a new employee is hired, that person is generally enthusiastic on his or her first days with the organization. When that person starts to “underperform” or show attitude problems, though, rather than punish or threaten the person with a poor rating, we should try to figure out what has changed. In most cases, we will discover that it is the person in the mirror who is responsible for the underperformance.

It comes down to helping leaders understand that their job is to coach and develop rather than judge. Spending time clarifying this to leaders and helping them learn how to do it would be a far better use of everybody’s time than assigning numbers to people.

Gregg Stocker is a lean advisor for Hess Corporation. He possesses over 20 years experience in a variety of disciplines including operations, manufacturing, human resources, quality, and strategic planning, and has worked in manufacturing, service, and oil & gas industries. He has extensive international experience, including successfully leading an $65 million business in The Netherlands. He authored the book, “Avoiding the Corporate Death Spiral: Recognizing & Eliminating the Signs of Decline,” (Quality Press, 2006) and was a contributing author to "The Lean Handbook," (Quality Press, 2012). Gregg is a frequent speaker and recognized expert in business and performance improvement having been interviewed on television, radio, and in a number of newspaper and magazine articles including The New York Times, Washington Post, BusinessWeek, and InformationWeek. Gregg has implemented change in organizations ranging in size from $10 million to more than $100 billion. He is a team-oriented leader who achieves results by improving teamwork, focus, and communication throughout the organization.
View all posts by Gregg Stocker »
« We Don’t Make Cars: Applying Lean to Other Industries
Do People Feel Comfortable Showing Problems? »

I'd appreciate your thoughts. Please leave a Reply Cancel reply